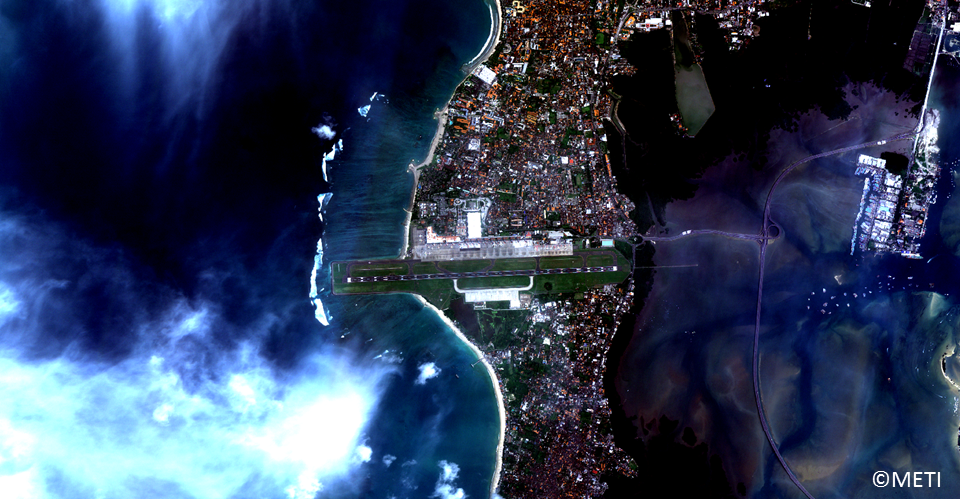 
One of the major usages of the earth observation satellite is to observe many landmarks which easily pick up from the image.
First example is an airport. Bandar Udara Internasional Ngurah Rai is located in Bali Island, Indonesia. Landing area is over the small island and it continues into the sea. We can see some airplanes and many houses. These knowledge of airport is important for the rescue timeframe.


Next is a city image. In Bangkok too many cars makes heavy traffic jam everyday. Houses are also complicated in the city. We can make a map of city and roads using this kind of city images.


Another city example is a factory. In the clouded house aria, the large building and some tall buildings. In factory, also they have the athletic grounds. These kind of images are used to make city, road, and sometimes train maps also.


(Note) The images in this article are based on the results of outsourcing projects of the Ministry of Economy, Trade and Industry.